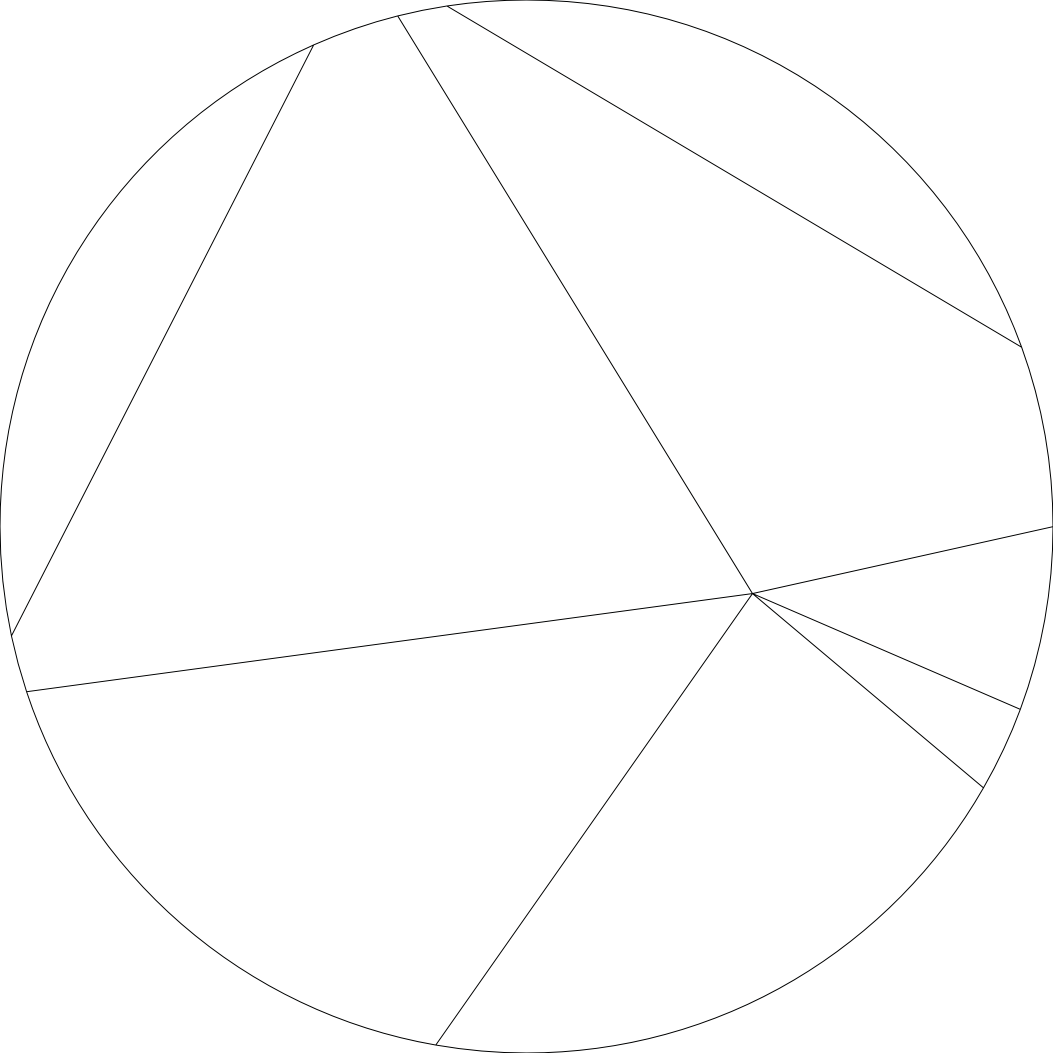 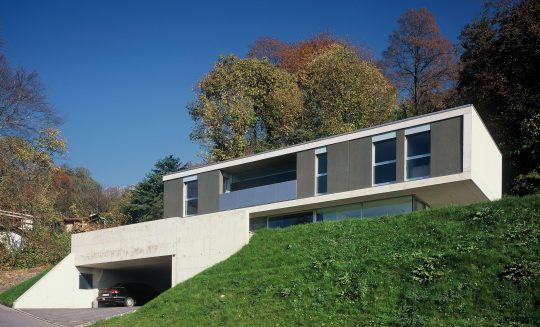 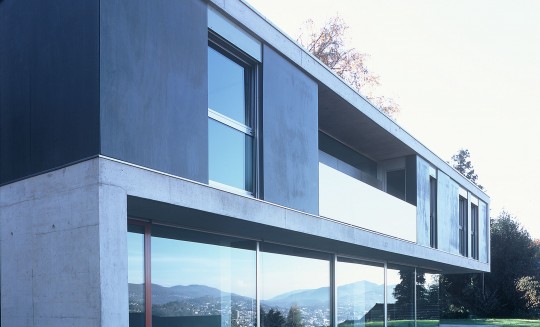 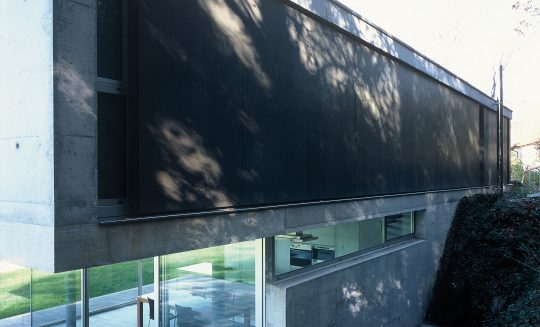 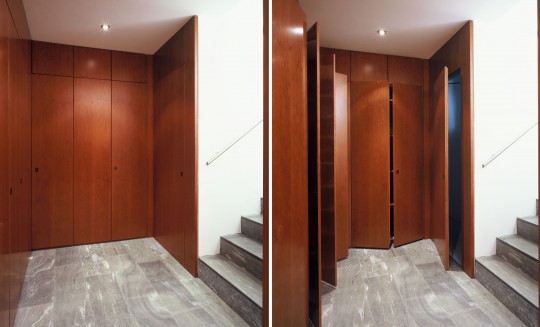 The project is played out in a dynamic system of slopes (defined by movements of land and retaining walls), falls and the folding of the concrete structure that determines the living spaces and the spatial relationships with the outside.
The part given over to the garage and entrance is introverted and runs perpendicular to the contours of the land. This followed by the living area organized on two floors and developed in parallel to the hillside. Then, almost in an attempt to detach itself from the ground and open up the spaces to the landscape, the hillside promptly establishes a privileged relationship with the topography towards the mountainside.

This overhanging floor gives the impression of prolonging the dining room space beyond the limits of the built object, projecting it towards the landscape.